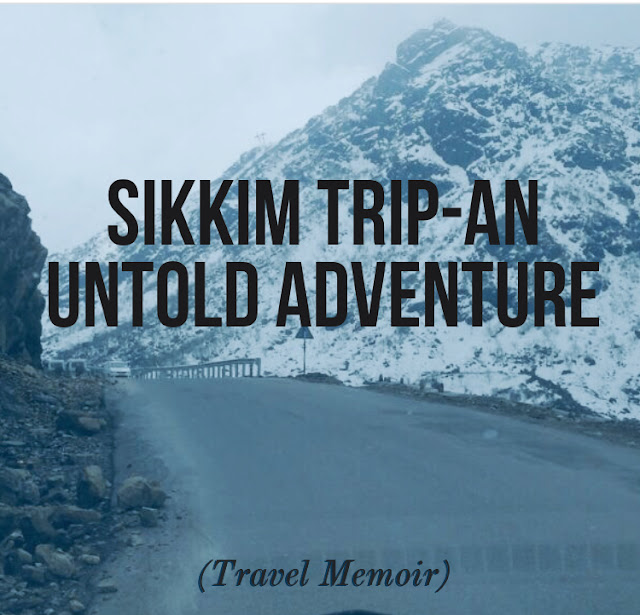 And who had thought about that a family vacation would turn into an adventure trip.The driver looked up over his right shoulder and reversed the tires cautiously,  there were two cars ahead of us and the rest of the hairpin turn was packed with in numerous tourist vehicles, at least ten to twelve behind us, bummer to bummer and no way to get out except if you have a change of mind and plan to commit suicide by jumping out of your vehicle  towards the steep incline, falling into the endless valley to your left. We were stuck in this freakish traffic jam on one of the deadliest roads in the Himalayan range and it was literally, a death trap.


Three weeks from now, sitting in an upscale restaurant in Pune (India), my husband and his friend cheerfully planned this trip after having two glasses of beer, they are childhood buddies and both are equally enthusiastic about traveling, both of our families had traveled extensively within the country except for the North Eastern States of India, and that is how this whole idea took the shape of our upcoming vacation.

Catching a flight from Pune to Bagdogra (West Bengal via Delhi) and then taking a cab to Gangtok (The Capital of Sikkim), covering Nathu la Pass, Lachung, Yumthang Valley of Flowers and then heading towards Darjeeling, for the famous Tea estates and Mt. Kanchenjunga, making our way back to Bagdogra Airport.

Day 1, It was March end, we traveled to Nathu La, the mountain pass in Himalayas in East Sikkim that connects the Indian state of Sikkim with China's Tibet Autonomous Region.With a temperature drop to below -3 degree Celsius, we were partly prepared for an uncertain weather when our driver told us that we may not get enough time to play in the snow considering a snow storm approaching, thus, with a quick sneak peek around we (the women and children) got back to our jeep, while my husband and his friend braved up their way to the India-China border, and shook hands with our brave Indian army solders guarding the border, What a feeling!


Day 2, The Distance between Gangtok to Yamthang Valley (our next destination) is approximately 4 hrs. 57 mins. (around 127.6 km) via Chungthang. We left early morning after having breakfast, enjoying delicious Thukpa and Momos on the way, barely a kilometer away, very close to Chungthang, things started turning out a little bizarre. On the dangerous terrain, on one of the deadliest roads of Himalayas, we were welcomed by sudden falling rocks, and someone immediately exclaimed, "Landslide". Oh yes, Landslide it was, with our jeep stuck between a row of vehicles with a slippery slidey mountain to our right, and an endless valley to our left, we were stuck and our hearts were in our throats. We could hear a faint squeak from the children sitting at the back, and our only hopes were, number one "God" and number two "Our Driver". I know, i know, what would you say now? poor driver, what can he do? But, let me tell you a fact about these drivers of Himalayas, they are no less than James Bond and in such a situation, you can totally trust their instincts.

Our driver was calm, he like an expert, handled the situation with utmost dignity, carefully reversing when the rocks were falling over, and the moment the front traffic was cleared, he immediately accelerated the car across the lane and at last we all landed into a safe spot, at least from here it looked like one. In the meanwhile, we had prayed to the almighty innumerable times and all the divine forces had been summoned for our rescue I believe.

We passed through the danger zone and arrived in this teeny tiny town called Chungthang (Chungthang is a town in North Sikkim. It is situated at the confluence of the Lachen and Lachung rivers, which combine to form Teesta River). We stopped over to stretch our legs, when our driver, went ahead to get an idea of how likely can we still make it to Yumthang, via Lachung, but he returned with a bad news. Apparently, there was a bigger landslide that had occurred few kilometers away from Chungthang and we were literary stuck in the middle. With very less hope left, the driver parked the vehicle inside a Gurdwara, and asked us to seek shelter inside, till everything gets cleared. As we were still evaluating our options, that within no time, the Gurdwara's parking lot started flooding with tourist vehicles and tourists, all shapes and sizes many with small children started entering, some of them returning from Lachung, while others like us heading to Yumthang. The whole Gurdwara instantly turned into a refugee camp, with no room left, people started looking for spots in Verandah, lobbies, near the corridors, including near the bathrooms.

"Babaji", who evidently, was the care taker of Gurdwara was constantly being asked to give access to some of the locked VIP rooms, but he did what he could, there were not enough rooms anyway. Luckily we were among st the first few tourists to arrive early and therefore, got a seated place in the hall, our children who were kind of amused of what was going on, were not complaining much about the situation until to add to the problems, occurred the power failure.


Okay, so here we are, in a small town of North Sikkim, Chungthang, the name of which we had never heard of until we arrived here, and you can totally call it a divine intervention when you have been given refuge in a Gurdwara and are clueless of what's going to happen next.

My husband and his friend were smart enough to gauge the situation and arranged for a room to spend the night in a small and shady "Hotel" in Chungthang. Since, beggars can't be choosers, we were delighted to get a personal space with beds to spend the night. The piping hot "Rajma and Chawal" (Curry and Rice) arrived from the nearby shop owner apparently the hotel owner, which we ate to our heart's content. As we settled into our small dark room with four lit candles and a common bathroom to be shared between four adults and three children for the rest of the night, we could finally call it a day.

THE MORNING IN CHUNGTHANG

Day 3, We woke up to a mesmerizing Himalayan range overlooking the bridge, set perfectly at the backdrop of a river stream. With the traditional Buddhist prayer flags spreading across the town, Chungthang looked no less than a Himalayan pilgrimage in the morning. One could experience a spiritual enlightenment if they give this untamed natural beauty a pensive look.

We had Chai and some noodles for our breakfast at a small eating joint and there arrived our driver with his vehicle. We were in no mood to proceed further to Lachung, and hence decided to head back to Gangtok.


Day 4, We spent our last day in Gangtok visiting Monasteries and taking rope way rides across the city.


Day 5, We left for Darjeeling.

Day 6, In the wee hours, we proceeded to see the sunrise at Mt. Kanchenjunga, flooded with tourists, it was quite a site. Later, during the day we also visited the famous tea estates of Darjeeling and collected our tea samples as the souvenirs, we also visited one of a kind, the Himalayan Mountaineering Institute (Museum).

Our trip could've been a smooth ride just like our any other vacation, but the bizarre turn of events at Chungthang became a life changing, rather a psychic experience. I am glad that we were in a company of friends and an experienced driver. Besides, it all ended well with the beautiful encounter of untamed Himalayan terrains and unpretentious beauty of the North east. I never had felt more blessed before. 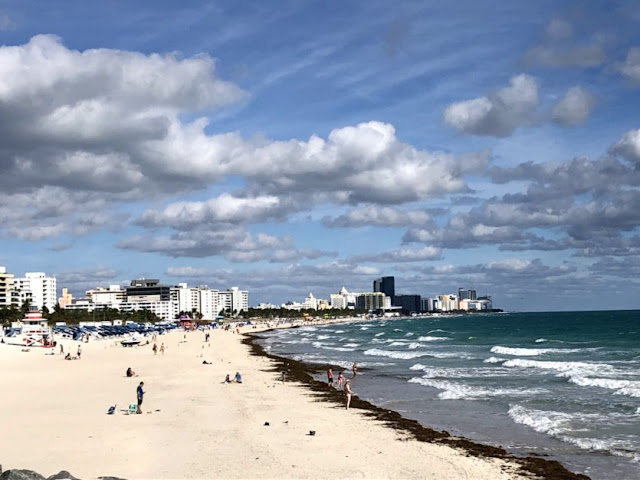 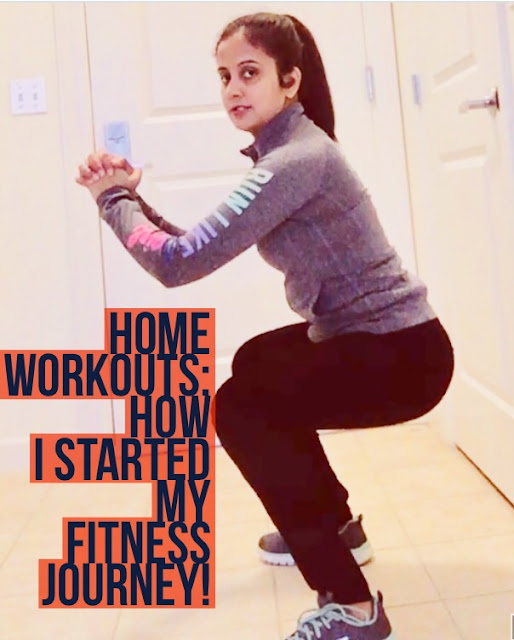 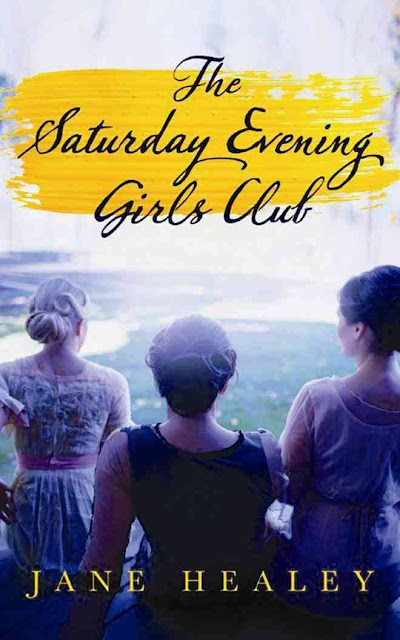